Find Your Freedom to Read During Banned Books Week 2020!

In turbulent times, books are tools that help people navigate the world around them. Intellectual freedom and access to information uplift people in crisis and during more peaceful times, so the Banned Books Week Coalition invites you to champion the right to read during Banned Books Week, September 27 – October 3, 2020!  Join the … Read More

It’s the last day of Banned Books Week, and we’re blowing it out in style! Lots of Drag Queen Story Hour, including Coalition-sponsored events in San Francisco and New York City; a look at the censorship faced by international cartoonists; George Orwell’s Nineteen Eighty-Four at 70; and so much more! Coalition Events ENDS TODAY: Dear … Read More 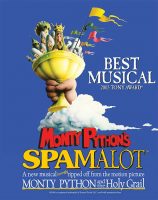 11 Challenged and Banned Plays and Musicals

Books aren’t the only thing we celebrate during Banned Books Week. We also celebrate plays and musicals that have drawn the ire of censors. Let’s take a look at a few of the performances that have been attacked… The 25th Annual Putnam County Spelling Bee  by William Finn and Rachel Sheinken A performance of The … Read More 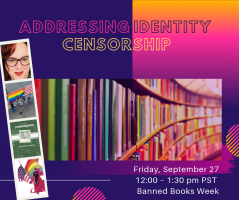 With just one day left of Banned Books Week, there’s no slowing down! We have webinars with Lilah Sturges (Lumberjanes) and David F. Walker (Bitter Root), trivia at the Kurt Vonnegut Library, screenprinting, cosplay, and so much more! Be sure to visit the Banned Books Week event page at https://bannedbooksweek.org/events/, where you can find events happening … Read More

Comics are one of the most commonly attacked types of books, with challenges and bans happening every year. The Comic Book Legal Defense Fund and several other members of the Banned Books Week Coalition defend comics from censorship. Here’s a look at some of the titles they’ve worked to protect. Find out more about these … Read More