Comics are challenged for all of the same reasons that other books are challenged, but they are uniquely vulnerable to challenges because of their visual nature. Because comics thrive on the power of the static image, a single page or panel can be the impetus for a challenge in a way that’s different from a passage in a book. Some people still believe that comics are low value speech or are made exclusively for children, and object to comics in the library because of these misconceptions.

Here’s a sampling of the most common reasons comics are challenged:

Banned Books Week Coalition member Comic Book Legal Defense Fund specializes in the defense of comics and graphic novels and the First Amendment rights of the comics community. A few of the comics they have defended over the years follow.

CBLDF is partnering with Image Comics and the ALA Graphic Novels and Comics Round Table on a series of livestreams with comics creators during Banned Books Week. Find out more… 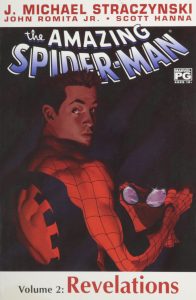 The parent of a 6-year-old who checked out the book filed a complaint and took the story to the media; the parent also withheld the book for the duration of the review process rather than returning it per library policy. More… 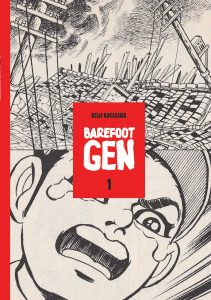 Keiji Nakazawa’s internationally renowned manga Barefoot Gen, which depicts wartime atrocities from the perspective of the seven-year-old protagonist, has fallen victim to several challenges in its home country of Japan. More… 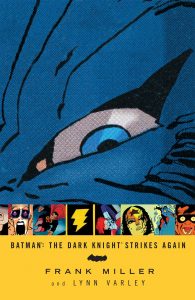 Despite the challenge, the library retained the book and now holds two copies, which are shelved in the Teen section. More…

Batman: The Killing Joke by Alan Moore and Brian Boland 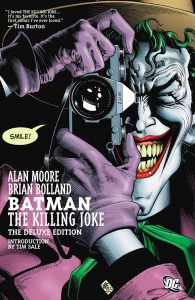 In May 2013, a patron of the public library in Columbus, Nebraska requested that the book be removed from the collection, claiming that it “advocates rape and violence.” More… 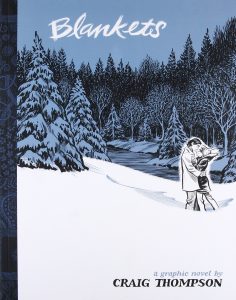 CBLDF wrote a letter to the Marshall library on behalf of Blankets and Alison Bechdel’s Fun Home, playing a key role in keeping both books on shelves. More… 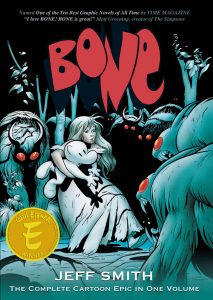 A letter from Jeff Smith decrying the attempted ban of his book was read aloud at the library review committee’s hearing, and the challenge was ultimately rejected by a 10-1 vote, to the praise of Smith and the CBLDF. More…

The Diary of a Teenage Girl by Phoebe Gloeckner 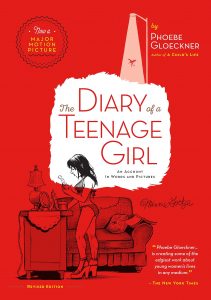 Artist and comics creator Phoebe Gloeckner has never been afraid to show the raw and gritty bits of reality in her work. For that reason, Gloekner’s work is a frequent target of censors. In 2015, CBLDF was involved in a confidential challenge against the graphic novel over its sexual content, and our efforts kept the book on shelves. More… 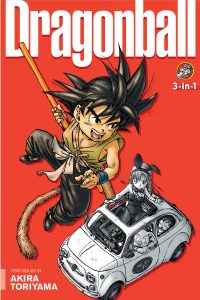 The library review committee recommended that the books in the Dragon Ball series, which were recommended by the publisher for ages 13+, be removed from the entire public school library system, including at the high school level. More… 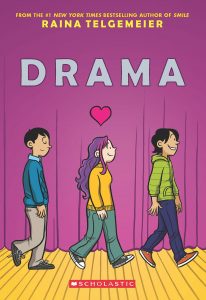 Although most readers of all ages found Drama to be just as endearing and authentic as Telgemeier’s other books Smile and Sisters, a small but vocal minority have objected to the inclusion of two gay characters. More…

The Color of Earth by Kim Dong Hwa 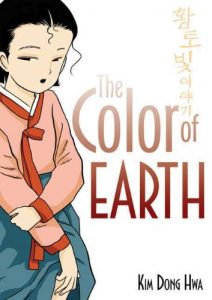 When the American Library Association’s Office of Intellectual Freedom released their list of the Top Ten Most Frequently Challenged Books of 2011, the second-most challenged book on that list was The Color of Earth, the first book of a critically-acclaimed Korean manwha, or comic book, series. More…

CBLDF wrote a letter to the Marshall library on behalf of Fun Home and Craig Thompson’s Blankets, playing a key role in keeping both books on shelves. In 2014, the book faced a greater challenge in South Carolina, where the state legislature debated punitive budget cuts against the College of Charleston because it incorporated Fun Home into a voluntary summer reading program for incoming freshman. More…

The Graveyard Book by Neil Gaiman and P. Craig Russell

In February 2015, CBLDF was confidentially involved the defense of the graphic novel edition of The Graveyard Book, which was challenged in an undisclosed middle school library for violent imagery. More… 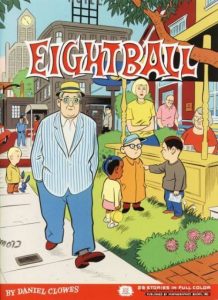 A high school teacher was forced to resign from his job after a parent filed both a complaint with the school and a police complaint against the teacher for lending a high school freshman a copy of Eightball #22, which was later published as the graphic novel Ice Haven. More…

In the Night Kitchen by Maurice Sendak 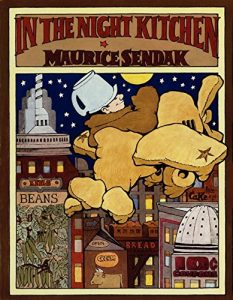 In the Night Kitchen was not often removed from shelves; instead, librarians censored it by painting underwear or diapers over the genitals of the main character, a precocious child named Mickey. More…

League of Extraordinary Gentlemen: The Black Dossier by Alan Moore and Kevin O’Neill 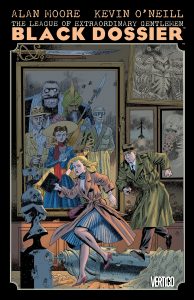 Two employees of the Jessamine County Public Library in Kentucky were fired after they took it upon themselves to withhold the library’s copy of League of Extraordinary Gentlemen: The Black Dossier from circulation because they felt it was pornographic. More… 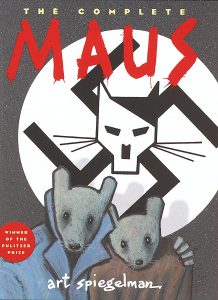 Nick Smith of the Pasadena Public Library describes the challenge as being “made by a Polish-American who is very proud of his heritage, and who had made other suggestions about adding books on Polish history… The thing is, Maus made him uncomfortable, so he didn’t want other people to read it. That is censorship, as opposed to parental guidance.” More…

Despite giving her 14-year-old daughter permission to check out the book, which was appropriately shelved in the adult section of the library, a mother filed a complaint, claiming the book was “pornographic.” CBLDF wrote a letter in support of the book, but it remains out of circulation pending review. More… 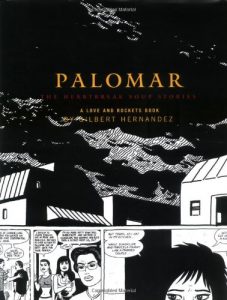 Furor erupted in 2013 when Chicago Public Schools sent an email to local principals, directing them to remove all copies of Marjane Satrapi’s award-winning graphic novel Persepolis. CPS backpedaled on the initial email, but the book was removed from Grade 7 classrooms and use in Grade 8 -10 classrooms now requires additional teacher training. Possibly as a result of publicity from the 2013 CPS ban, Persepolis faced three more school challenges in 2014, landing it the #2 spot on the American Library Association’s Top Ten List of Frequently Challenged Books for that year. More…

Pride of Baghdad by Brian K. Vaughan and Niko Henrichon 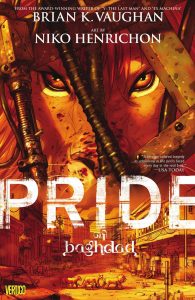 Despite receiving high praise from the ALA and Booklist and featuring a cast consisting of animals, the book has been challenged at libraries for sexual content. More… 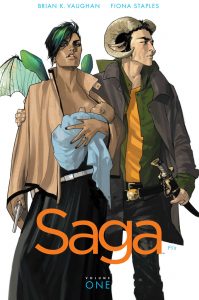 Brian K. Vaughan and Fiona Staples sci-fi epic adventure, Saga, has not only become one of the bestselling and most critically acclaimed comic series since its debut in March 2012, but it has also become one of the most controversial comics. More… 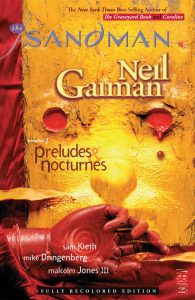 When asked about how he felt when Sandman was labelled unsuitable for teens, Gaiman responded, “I suspect that having a reputation as adult material that’s unsuitable for teens will probably do more to get teens to read Sandmanthan having the books ready and waiting on the YA shelves would ever do.” More… 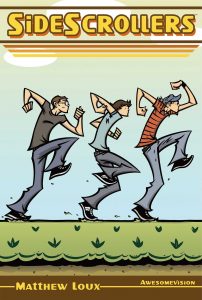 The school district removed the book from non-compulsory summer reading lists, possibly violating its own review policy, which states in part that “no parent nor group of parents has the right to negate the use of educational resources for students other than his/her own child.” CBLDF wrote a letter in support of the book and is still awaiting a response from the school board. More…

Stuck in the Middle, edited by Ariel Schrag

CBLDF wrote a letter in support of the book, and the school board voted to leave the book on library shelves with the caveat the students must have parental permission to check out the book. “While we’re pleased to see the book retained in the library’s collection, we’re very disappointed that it is retained with restrictions,” said Executive Director Charles Brownstein. More… 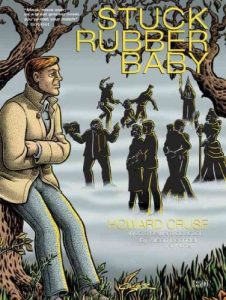 The book was challenged alongside 15 other young adult books with gay positive themes. The book was ultimately retained in the Montgomery County system, but was reclassified from Young Adult to Adult. More… 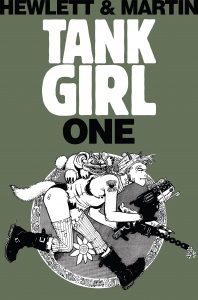 The Tank Girl books are meant to entertain an adult audience, frequently depicting violence, flatulence, vomiting, sex, and drug use. After the 2009 challenge, the Hammond Public Library chose to retain the book, and it remains on shelves today. More…

This One Summer by Jillian Tamaki and Mariko Tamaki

Watchmen received a Hugo Award in 1988 and was instrumental in garnering more respect and shelf space for comics and graphic novels in libraries and mainstream bookstores. The inclusion of Watchmen in school library collections has been challenged by parents at least twice, according to the American Library Association’s Office for Intellectual Freedom. More… 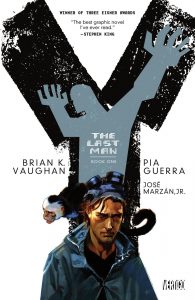 In June 2015, Y: The Last Man was one of four graphic novels that a 20-year-old college student and her parents said should be “eradicated from the system” at Crafton Hills College in Yucaipa, California. After completing an English course on graphic novels, Tara Shultz publicly raised objections to Persepolis, Fun Home, Y: The Last Man Vol. 1, and The Sandman Vol. 2: The Doll’s House as “pornography” and “garbage.” More…