A Conversation With Gene Luen Yang: Censorship in Leander, Texas 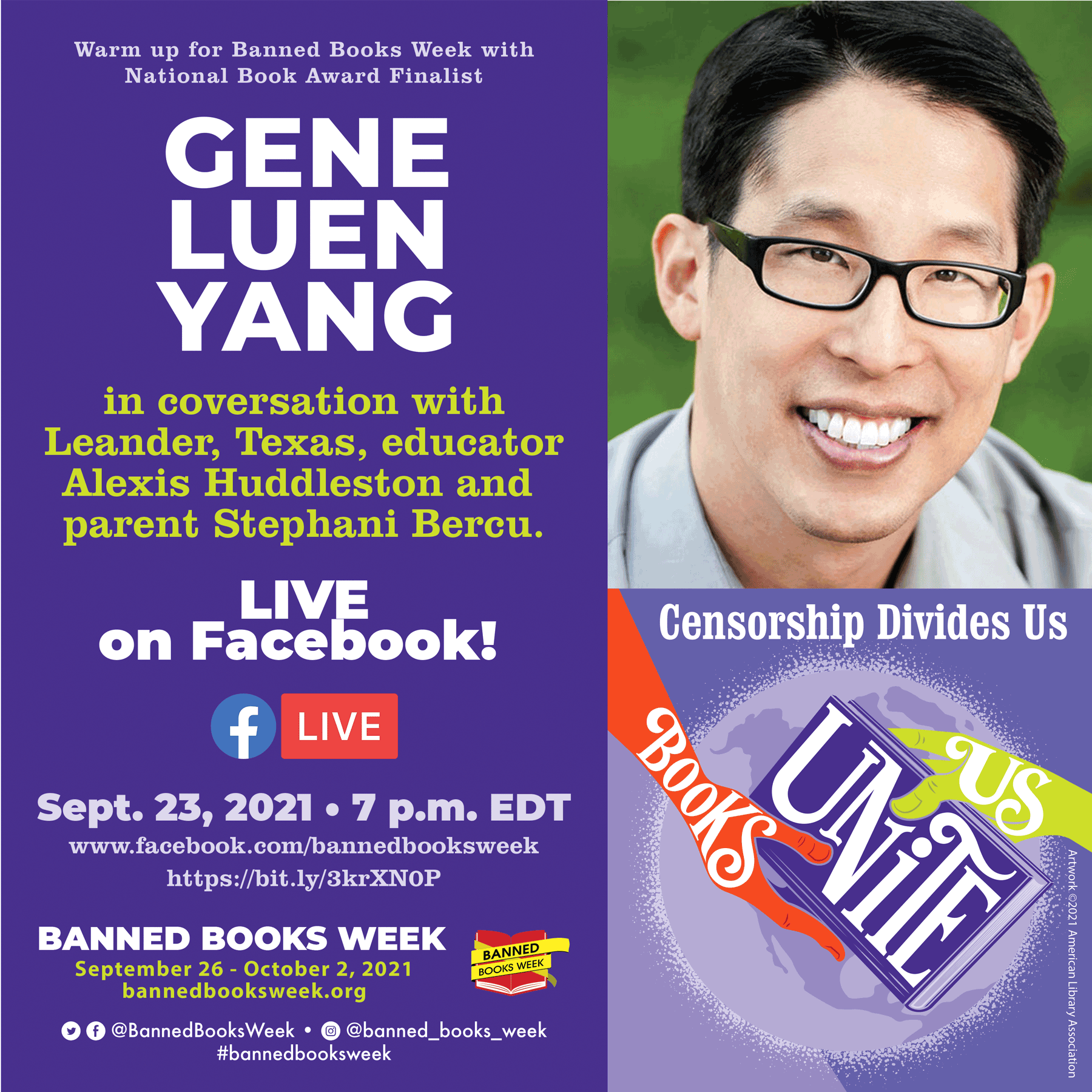 Bestselling comics creator and former National Ambassador for Young People’s Literature Gene Luen Yang (American Born Chinese, Dragon Hoops, Shang-Chi) is joined by educator Alexis Huddleston and parent Stephani Bercu for a conversation about the censorship of young people’s literature in Leander, Texas, and beyond! Early this year, the school district in Leander undertook a review of its book club reading lists after a parent complained about one of the titles during a school board meeting. The review led to the removal of more than a dozen acclaimed and award-winning novels and graphic novels, most of them by people of color or featuring diverse characters. Huddleston and Bercu will speak about their experience defending the reading lists, while Yang — who has two titles, Dragon Hoops and American Born Chinese, on the list — will offer a creator’s perspective on censorship. Moderated by Nora Pelizzari (National Coalition Against Censorship) and Betsy Gomez (Banned Books Week Coalition).

Gene Luen Yang writes, and sometimes draws, comic books and graphic novels. As the Library of Congress’ fifth National Ambassador for Young People’s Literature, he advocates for the importance of reading, especially reading diversely. American Born Chinese, his first graphic novel from First Second Books, was a National Book Award finalist, as well as the winner of the Printz Award and an Eisner Award. His two-volume graphic novel Boxers & Saints won the L.A. Times Book Prize and was a National Book Award Finalist. His other works include Secret Coders (with Mike Holmes), The Shadow Hero (with Sonny Liew), New Super-Man and Superman from DC Comics (with various artists), Superman Smashes the Klan from DC Comics (with Gurihiru), the Avatar: The Last Airbender series from Dark Horse Comics (with Gurihiru), and Dragon Hoops. He is currently writing Shang-Chi for Marvel Comics.

In 2016, Yang was named a MacArthur Foundation Fellow, and the Library of Congress, Every Child A Reader, and the Children’s Book Council appointed him the National Ambassador for Young People’s Literature. For more, visit www.geneyang.com