Celebrating Black Gay Literature Amidst a Wave of Book Bans 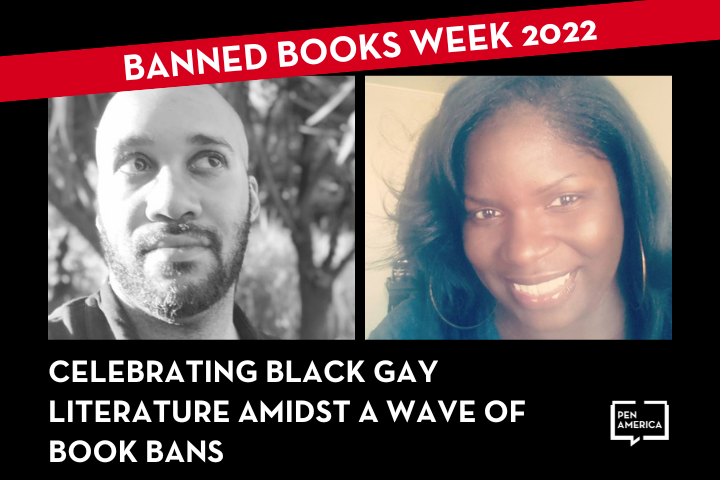 Join PEN America Detroit for a Banned Book Week in-person discussion on the anti-Blackness and homophobia inherent in the slate of book bans around the country. This conversation will offer strategies on how to push back against the recent book bans, while also offering a space to celebrate black gay literature in all of its permutations.

Moderated by Amber Ogden, the PEN Detroit Chapter leader, and featuring Aaron Foley, author of Boys Come First, this conversation will reflect on the wave of censorship stifling the freedom to read, and the extraordinary power of marginalized voices.

Aaron Foley is the senior editor for the PBS NewsHour’s Communities Initiative and previously served as the founding director of the Black Media Initiative at the Center for Community Media at the Newmark Graduate School of Journalism at CUNY. Previously, he was a John S. Knight Journalism Fellow at Stanford University, chief storyteller for the City of Detroit, and editor of BLAC Detroit Magazine. He is also an author and veteran freelance journalist, having contributed to This American Life, The Atlantic, Columbia Journalism Review, and more.

Amber Ogden is a freelance writer from Detroit with a background in social work. Amber has dedicated her life’s purpose to the betterment of youth in her community while also writing and marketing for state and local government agencies focused on children and families for most of her career. She started in journalism and soon found her second love working with children in the child welfare system through residential and foster care programs in the State of Michigan. While currently working with families in human services for the Metro Detroit area, she continues to freelance for multiple publications across the country such as Chevy in the D, Model D, Rachel Ray Every Day and BASIC Magazine. She is also involved in building community by working with local non-profits such as It Starts at Home cleaning the same neighborhood where she grew up. She has also moderated a panel discussion for PEN America covering Local Media and Immigrant Justice.