FREEDOM TO READ: Fighting Book Banning and Censorship in Our Libraries with Deborah Caldwell-Stone and Bridget Quinn 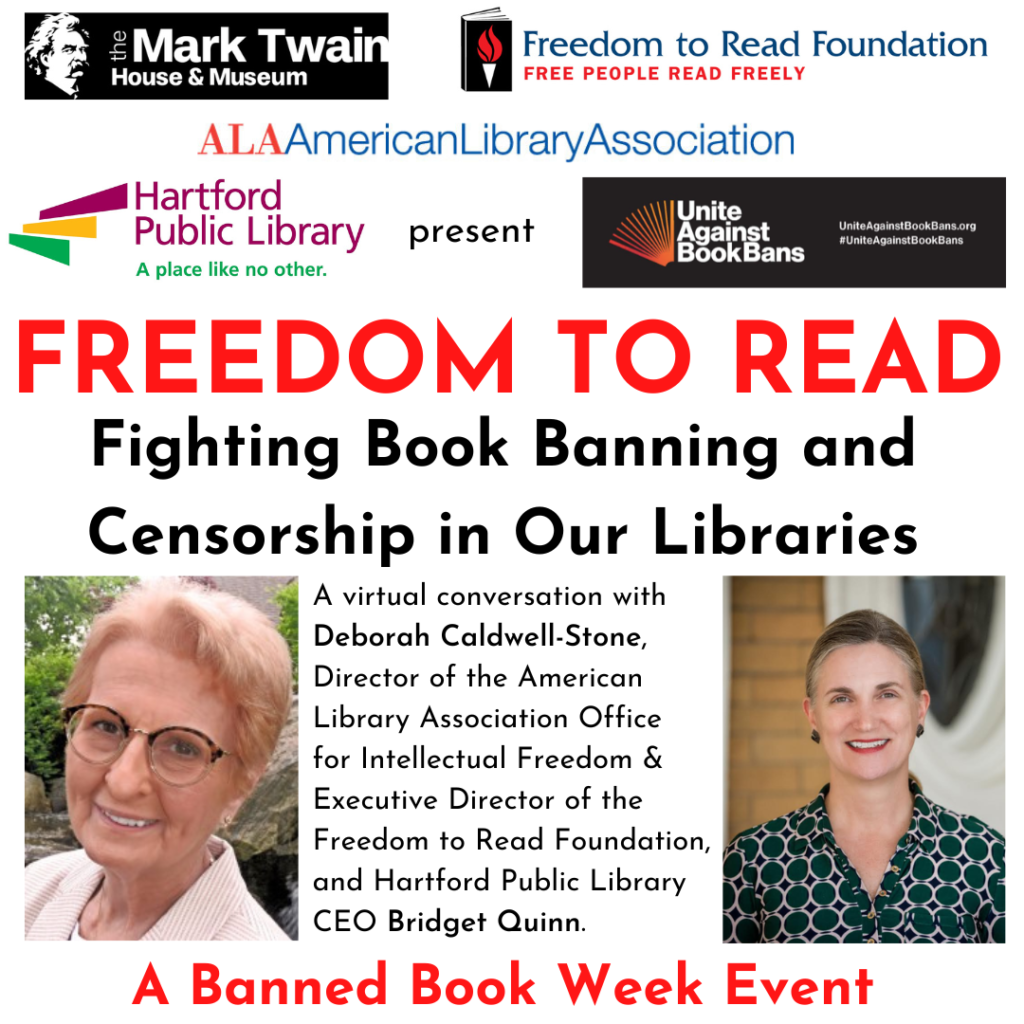 Upon its publication in 1885, Mark Twain’s Adventures of Huckleberry Finn was immediately banned from some public libraries. Over a century later, libraries in the United States still find themselves wrestling with book banning campaigns and other means of suppressing intellectual freedom. Current efforts to limit or remove access to books that address racism and LGBTQ+ themes are gaining traction throughout the country, many times with the support of elected officials. School and public libraries serve on the frontline of these cultural interactions. How can libraries fight censorship? What is the American Library Association and other non-profits’ role in supporting their efforts?  And how can your community ensure that everyone has the freedom to read?

Deborah Caldwell-Stone is Director of ALA’s Office for Intellectual Freedom and Executive Director of the Freedom to Read Foundation. For over twenty years she has worked closely with library professionals and library trustees on a wide range of intellectual freedom issues related to library service in the United States. She has served on the faculty of the ALA-sponsored Lawyers for Libraries and Law for Librarians workshops and is a contributor to the 10th edition of the Intellectual Freedom Manual. She has contributed articles on law, policy, and intellectual freedom to American Libraries and other publications

Bridget Quinn is the CEO of Hartford Public Library and serves as secretary of The Mark Twain House & Museum’s Board of Trustees.