How to Fight Book Bans in Your Community 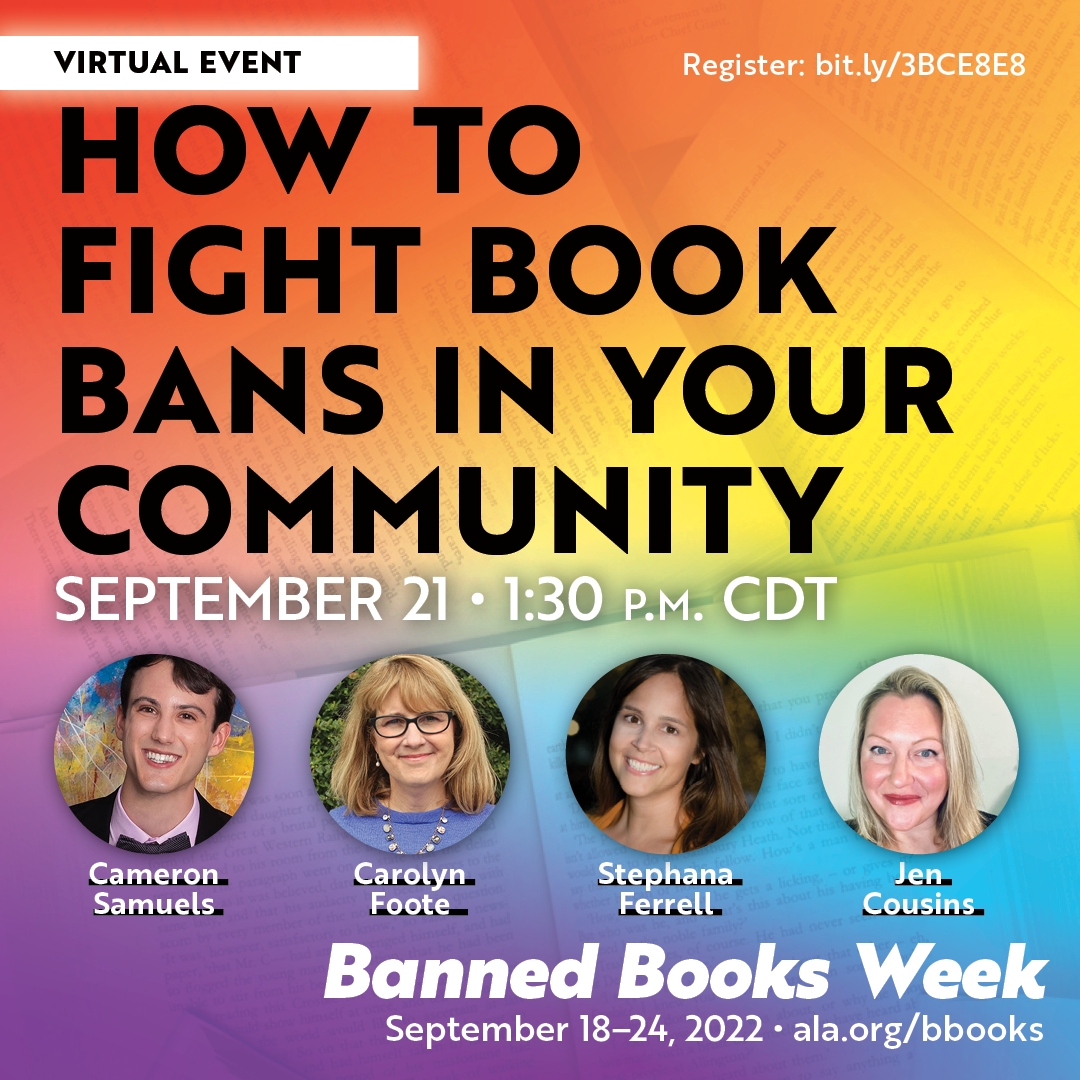 New day, new censorship! Attempts to remove books from school and public libraries are on the rise, leaving many librarians and members of the communities they support with a sense of powerlessness. But you are not alone! Learn about ways you can support libraries and combat censorship from experienced activists who have been defending the right to read in their communities. Join a conversation about community organizing and fighting book bans with Cameron Samuels, Banned Books Week Youth Honorary Chair and student activist from Katy, Texas; Jen Cousins and Stephana Ferrell, co-founders of the Florida Freedom to Read Project; and Carolyn Foote, co-founder of Freadom Fighters.

Cameron Samuels (they/them/theirs) recently graduated from the Katy Independent School District in Texas, where they organized the FReadom Week initiative to eventually distribute a total of 700+ challenged or banned books. Once the only student to speak at school board meetings, receiving no applause while other speakers called for book banning, Samuels built a student-led movement within months by packing school board meetings and continuously outnumbering the opposition. Decisions were made to keep certain books on shelves, and while currently a student at Brandeis University, Samuels’ efforts to combat censorship across the state of Texas and the nation are ongoing. Cameron is the inaugural Youth Honorary Chair for the Banned Books Week Coalition.

Jen Cousins is a mom of four public school kids in Orlando, FL. She co-founded the Florida Freedom to Read Project in January 2022 after witnessing extreme censorship in public schools targeting the LGBTQ+ and BIPOC communities. In addition to running the nonprofit, she is an LGBTQ+ and students’ rights activist and has testified before Congress about the dangers of laws like Florida’s “Don’t Say Gay” legislation.

Stephana Ferrell is a public school parent with two kids currently in elementary school. She co-founded the Florida Freedom to Read Project in January of this year to push back against the rising K-12 censorship attempts across the state of Florida. Before starting the nonprofit, Stephana owned and operated a photography business and worked in corporate training, proving this work only requires a commitment to protecting access to information and learning.

Carolyn Foote, honored as a White House Champion of Change, is a rewired/retired 29-year Texas librarian, who focuses on library advocacy, library design and technology.  She is currently a cofounder of the grassroots advocacy group, the FReadom Fighters. She is a recipient of the 2019 AASL Library Collaboration Award and along with her team at FReadom Fighters, is also a recent recipient of this year’s AASL Intellectual Freedom award and the ALA Robert Downs Intellectual Freedom Award and is a frequent author and presenter on library issues.