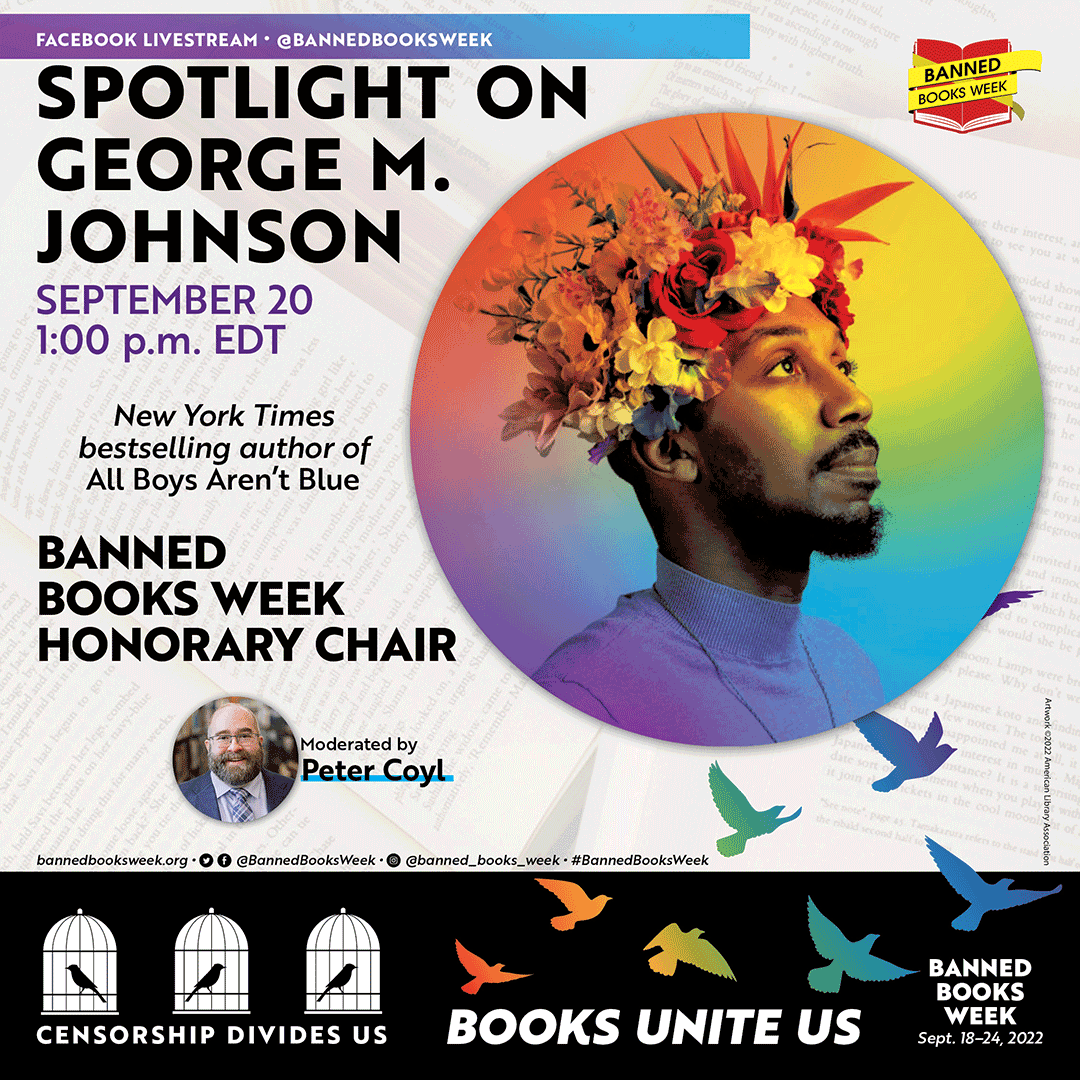 Join Banned Books Week Honorary Chair George M. Johnson for an intimate conversation about censorship and how it impacts readers, especially young adults. Johnson will discuss the censorship of their critically acclaimed bestselling novel All Boys Aren’t Blue, which was the third title on the American Library Association’s Top 10 Most Challenged Books of 2021, and the ongoing attacks on books and information related to LGBTQ+ identity. This one-on-one conversation will be led by Freedom to Read Foundation President and librarian Peter Coyl and include a short Q&A.

This event will stream LIVE on the Banned Books Week Facebook page on September 20 at 1:00 p.m. EDT: @BannedBooksWeek

George M. Johnson (they/them) is a writer and activist based in New York. They have written on race, gender, sex, and culture for Essence, the Advocate, BuzzFeed News, Teen Vogue, and more than forty other national publications. George has appeared on BuzzFeed’s AM2DM as well as on MSNBC. All Boys Aren’t Blue is their debut, and was an Amazon Best Book of the Year, an Indie Bestseller, a People Magazine Best Book of the Year, and optioned for television by Gabrielle Union. The New York Times called it “an exuberant, unapologetic memoir infused with a deep but cleareyed love for its subjects.

Peter Coyl (he/him) is the Library Director & CEO of the Sacramento Public Library.  He is also the President of the Freedom to Read Foundation and serves on ALA Council representing the Intellectual Freedom Round Table.  He is a member of the American Library Assocations’s Intellectual Freedom Committee, and served as Chair of the Stonewall Book Awards Committee and as Chair of ALA’s Gay, Lesbian, Bisexual, and Transgender Round Table (now the Rainbow Round Table), and as a member of the Public Library Assocaitions’s Task Force on Equity, Diversity, Inclusion, and Social Justice.