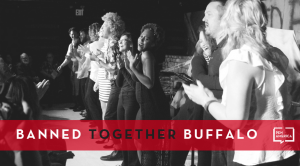 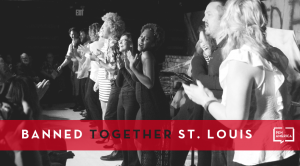 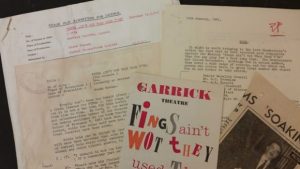 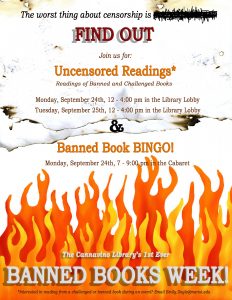 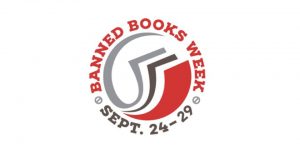 Image Comics is celebrating Banned Books Week with Comic Book Legal Defense Fund and The Graphic Novels and Comics Round Table of the American Library Association by producing a week of Library Livestreams featuring creators Nick Dragotta (EAST OF WEST), Grace Ellis (MOONSTRUCK, Lumberjanes), Pornsak Pichetshote (INFIDEL), Charles Soule (CURSE WORDS), and Skottie Young (I HATE FAIRYLAND, BULLY WARS, MIDDLEWEST). Libraries around the country are invited to welcome their patrons for these exciting creator conversations during Banned Books Week, the annual celebration of the freedom to read, which runs from September 23rd-29th. Each Image Comics Library Livestream will be a freewheeling discussion on creativity, freedom of expression, and the power of storytelling that library patrons around the world will be able to enjoy.

“Freedom of Expression is a core value at Image Comics,” said Eric Stephenson, Publisher at Image Comics. “Banned Books Week is an important opportunity to reflect on why free speech matters, and why this year’s Banned Books Week theme, ‘Banning Books Silences Stories’ is such a resonant one. Not too long ago, comics of all kinds were silenced, and today we see comics by marginalized voices as the most frequently challenged. We’re proud of our creators who are participating in these Library Livestreams, and thrilled to be a partner with CBLDF and the ALA Graphic Novels and Comics Round Table to advance the discussion about the power of free expression. In our challenging times, this conversation is one of the most important ones of all.”

Presented by Image Comics with The Comic Book Legal Defense Fund and The Graphic Novels and Comics Round Table of the American Library Association, the Image Comics Library Livestreams feature:

ABOUT THE COMIC BOOK LEGAL DEFENSE FUND (CBLDF)
The Comic Book Legal Defense Fund is a non-profit organization protecting the freedom to read comics! Our work protects readers, creators, librarians, retailers, publishers, and educators who face the threat of censorship. We monitor legislation and challenge laws that would limit the First Amendment. We create resources that promote understanding of comics and the rights our community is guaranteed. Every day we publish news and information about censorship events as they happen. We are partners in the Kids’ Right to Read Project and Banned Books Week. Our expert legal team is available to respond to First Amendment emergencies at a moment’s notice. CBLDF is a lean organization that works hard to protect the rights on which our community depends. For more information, visit www.cbldf.org

ABOUT IMAGE COMICS
Image Comics is a comic book and graphic novel publisher founded in 1992 by a collective of bestselling artists. Image has since gone on to become one of the largest comics publishers in the United States. Image currently has six individuals on the Board of Directors: Robert Kirkman, Erik Larsen, Todd McFarlane, Marc Silvestri, Jim Valentino, and Eric Stephenson. It consists of five major houses: Todd McFarlane Productions, Top Cow Productions, Shadowline Comics, Skybound Entertainment, and Image Central. Image publishes comics and graphic novels in nearly every genre, sub-genre, and style imaginable. It offers science fiction, fantasy, romance, horror, crime fiction, historical fiction, humor and more by the finest artists and writers working in the medium today. For more information, visit www.imagecomics.com