Banned Books Week is an annual event that celebrates open access to books in our schools, libraries, and communities. This is Redux Society’s first year participating, and we have a full week of Book Bingo, Book Discussions, and more! As an LGBT+, BIPOC, and Woman-owned bookstore, it is more important than ever to raise these books into view. 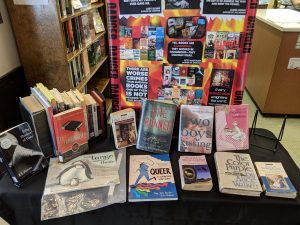